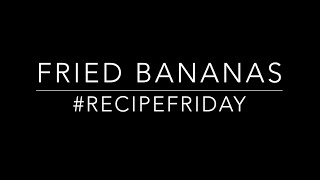 This fantastic Peruvian hamburger is the recipe of Laura Ali. This is a thin and crispy burger, served with hand cut french fries. Laura is always so willing to prepare meals for large groups of missionaries, and her hospitality is unending. Thank you Laura for sharing this recipe from your casa to ours! Ingredients: 2 cloves garlic 1 Tablespoon salt ½ medium onion 1 medium tomato Handful fresh parsley 2 stalks celery 2 Peruvian Aji yellow peppers (available at latino gro
4400

This recipe will remind you of the phrase "everything but the kitchen sink." It is loaded with vegetables, and we are sure you can add any leftover you have in your fridge! Enjoy! Ingredients: 1-1 1/2 pound beef stew meat 2 liters of water (or beef broth) 6 slices of bacon, cut into pieces 1/2 onion, chopped 1/2 leek, cubed 1 tomato, chopped into small cubes 1/4 shredded head of cabbage ¼ pound of noodles 1/2 cup chopped green beans 1 cup chopped basil leaves 1 tablespoon ch
7580

Sara and her husband Mario oversee the Awana Clubs in Peru. She has been so kind to give me her personal recipes, including this one. Zapallo is a squash that you can't find in the states, so I substituted butternut squash. You will love this recipe...it's healthy, easy and great for a cool, fall night! INGREDIENTS 1 butternut squash, peeled & cubed 1 large potato, peeled & cubed 1 stalk of celery , chopped 1 small red onion, chopped 3 cups chicken broth 1 clove garlic, mi
3880

Chanfainita is a dish that is as Peruvian as ceviche or Lima-style causa. How did this delicious dish come to the Peruvian table? In colonial times, the slaves from the African continent brought by the Spaniards did not have the good fortune of eating any kind of good meat, as normal people did. They were limited to eating viscera. Nevertheless, the kitchen’s genius can do wonders. The slaves had an impact on the Peruvian future when they expanded the custom of eating entr
7480

Thank you Sara for this delicious and simple recipe. For more flavor use chicken broth. I used way too many noodles when I tested it so cut back on that. Your kids will love this! Soup with both potatoes AND noodles! INGREDIENTS 1 ½ lb Chicken, cut in small pieces 1-2 Tlbs finely chopped fresh Ginger 1 cup noodles 3 small potatoes 1 Green Onion, slices 1 lemon 2 Tlbs Salt (less if you use broth) PREPARATION Boil chicken in a pot of water (water should cover chicken by 3
5920

This is a unique Peruvian potato starter compliments of Rosario Caceres, better known as "Mama Charo." If you don't have the time to make individual servings, you can layer the ingredients in a casserole dish and serve like you would lasagne. Give it a try this week! 2 ½ pounds gold potatos 1/4-1/2 cup vegetable oil 1 tsp of crushed yellow aji peppers (at latin grocery stores, or sub hot sauce) 1/4 cup lime juice ½ tsp each of salt and pepper 10 black olives, sliced thinly
8800

Lomo Saltado is a fusion dish with both Asian and Peruvian influences. In the 19th century many Chinese people immigrated to Peru because their agriculture business was booming. This caused a mix of cultures over the years, and of course new dishes including this one which uses both potatoes (which originated in Peru) & rice (which originated in Asia) as starches. Lomo Saltado blends the two cultures perfectly. Ingredients: 1 (16 ounce) package frozen French fries vegetabl
2,4391

Cajun jambalaya is one of my favorite dishes to prepare for a big group because it's such a crowd pleaser. I have made it in Peru for 25+ people and love the way it tastes when I use their yellow peppers! You can find them frozen at the mexican grocery stores, or get the paste online. This is a meal you can adjust the ingredients any way you like. Enjoy! Ingredients: 1 Tbls olive oil 1 pound boneless chicken breast (cut in small pieces) 1 package turkey kielbasa, smoked saus
6950
1
23